Since scoring a worldwide smash with her debut album ‘Eye To The Telescope’ in 2004, which went on to sell over 5 million copies, KT Tunstall has remained at the forefront of UK singer- songwriter talent. Over the next decade, three further critically acclaimed albums followed; ‘Drastic Fantastic’, ‘Tiger Suit’ and ‘Invisible Empire//Crescent Moon’ in 2007, 2010 and 2013 respectively, keeping the platinum sales rolling and cementing the Scottish singer-songwriter’s reputation as a major recording talent, as well as a mesmerising live artist.

After a period of healing, soul-searching, and a change of scenery, 2016 hailed the arrival of the first of a trilogy of albums, the critically acclaimed UK top 10 album – ‘KIN’. The trilogy evokes, separately and in sequence, spirit, body and mind. With ‘KIN’ being her phoenix- from-the-ashes ‘spirit’ album, 2018 marked the second offering of that trilogy, the ‘body’ album ‘WAX’ – released October 5th. KT performed a large headline tour in 2019 across the UK and Europe, playing festivals all over the UK (including a headline set at Glastonbury Festival) and touring the US & Canada, Japan, China, the Netherlands, Mexico and Brazil, before supporting Hall and Oates at New York’s legendary Madison Square Gardens in early 2020.

Handmade by Canterbury Bears from a pair of KT’s personal jeans, embroidered with her signature.

“Can you believe this beaut bear used to be a pair of my jeans?! A great project for an even greater cause.” 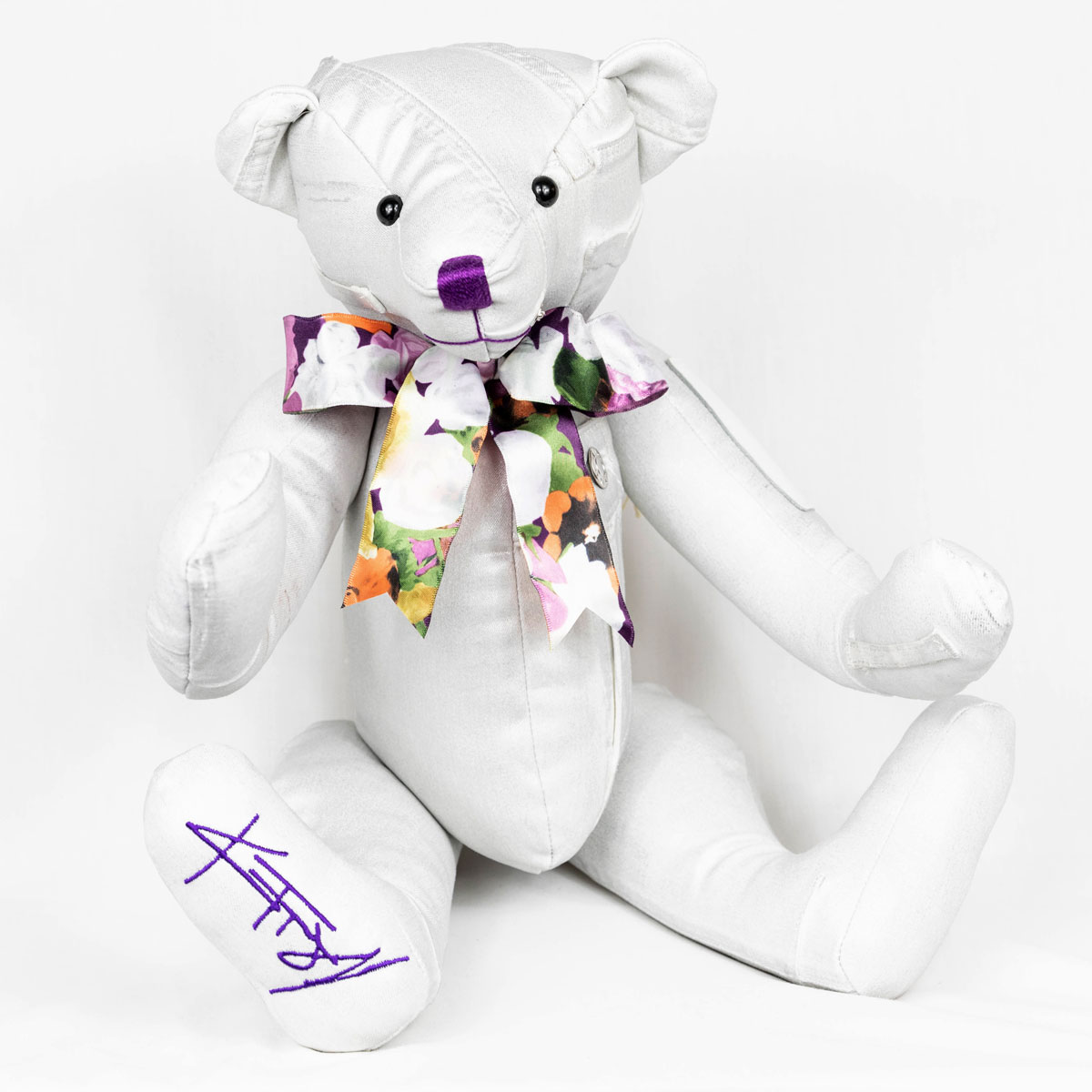 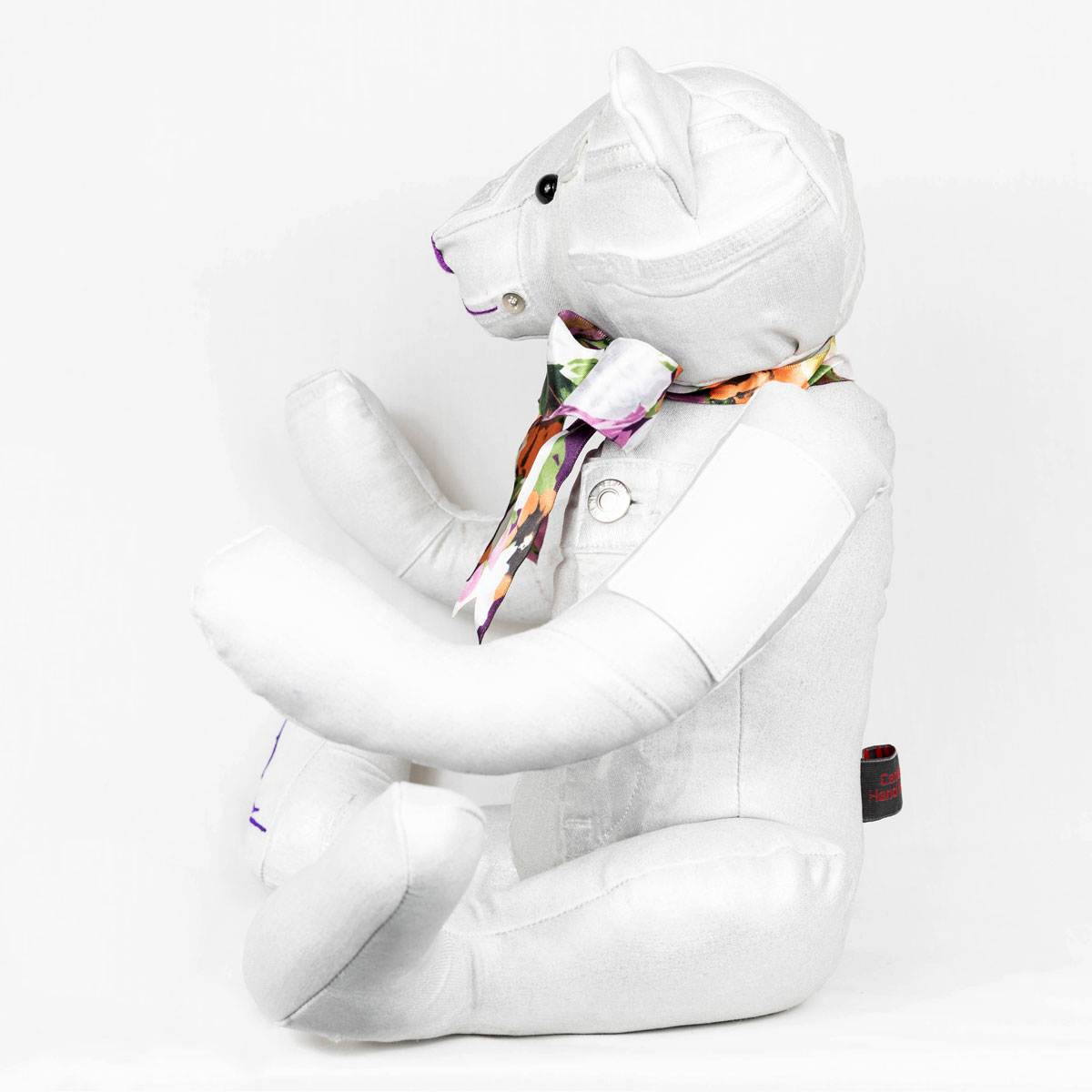 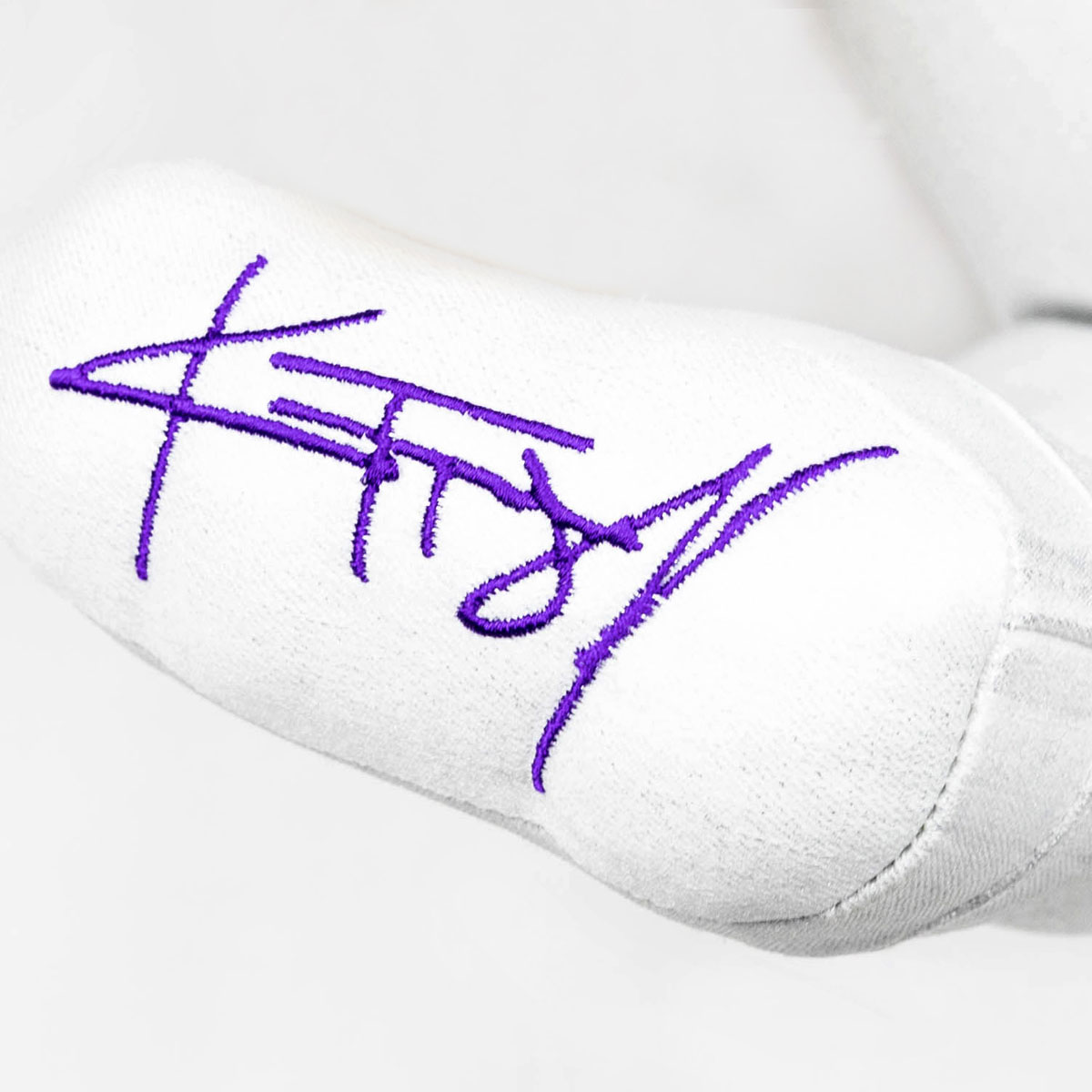 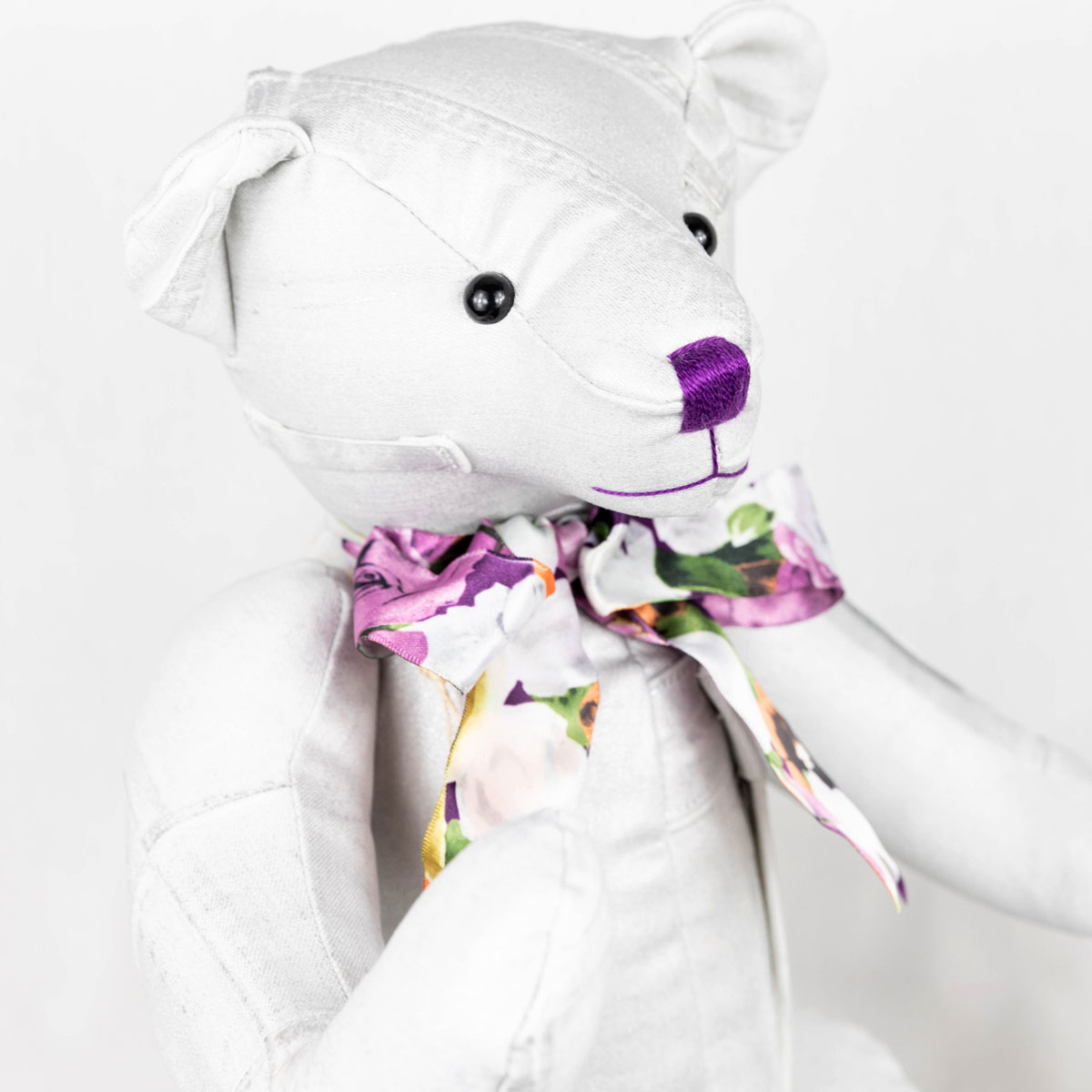 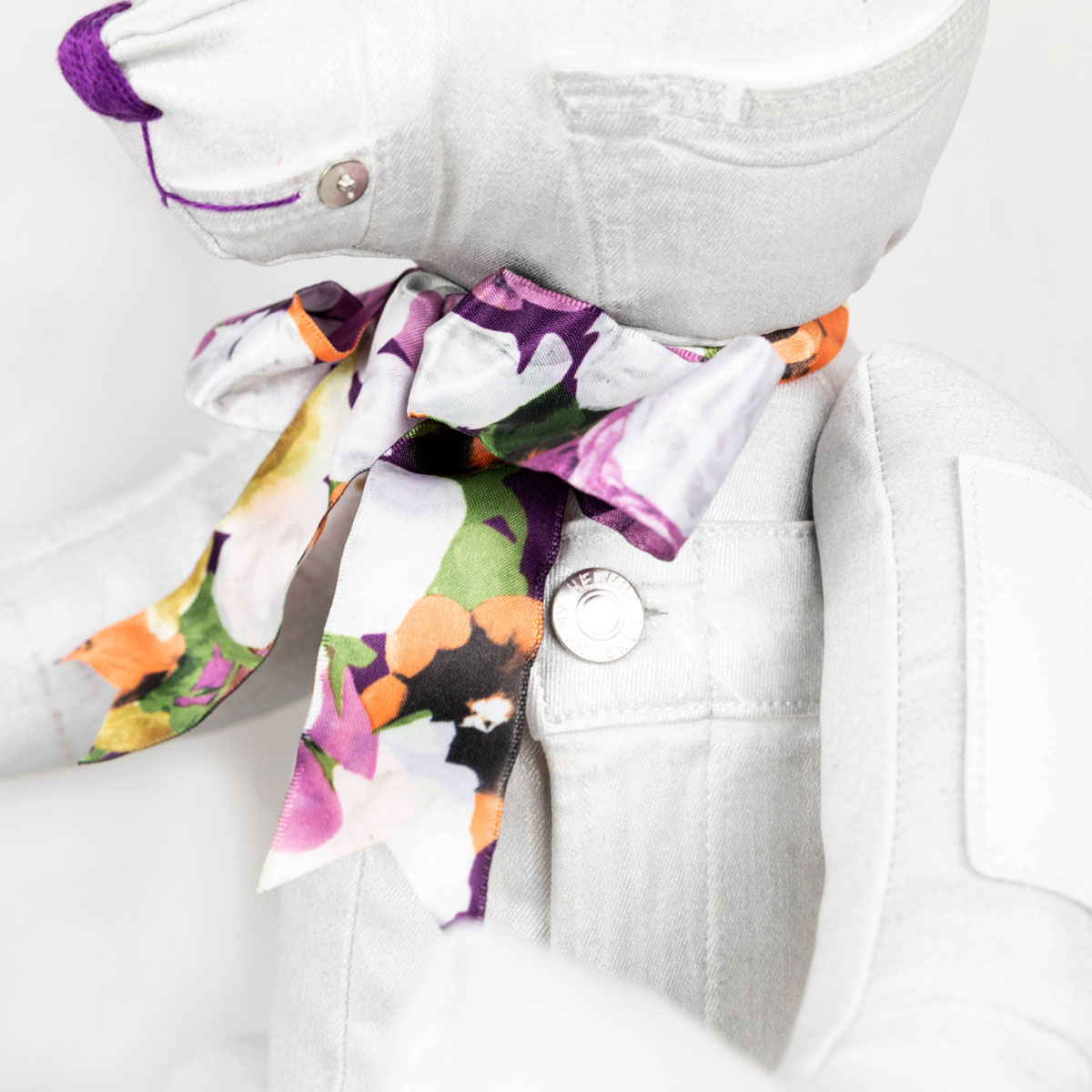