Joanna Lumley OBE is an English actress, former model, author and activist. She is the recipient of three BAFTAS Awards, a Tony Nomination for Best Featured Actress in a Play, the Special Recognition Award at the 2017 National Television Awards and the BAFTA Fellowship Award for her work on screen and stage. In her many stage appearances she has worked with Harold Pinter, Alan Ayckbourn, Trevor Nunn and Jonathan Miller.

Joanna played the legendary character Patsy Stone in Absolutely Fabulous until 2012 and stepped back into the role in Absolutely Fabulous: The Movie in 2016. Her other TV credits include The New Avengers, Sapphire and Steel, Coronation Street and thirteen travel documentaries; on film, On Her Majesty’s Secret Service, Shirley Valentine, James and the Giant Peach, Ella Enchanted, Corpse Bride and The Wolf of Wall Street among many others. Joanna is also an advocate and human rights activist for more than seventy charities, and is known as ‘daughter of Nepal’ for her continuing work with the Gurkhas.

Handmade by Canterbury Bears from a pair of Joanna’s personal jeans, embroidered with her signature. Describing the bear, Joanna said, “I couldn’t love my bear more. The skill, beauty and darlingness of that adorable blue creature is absolutely fabulous.” 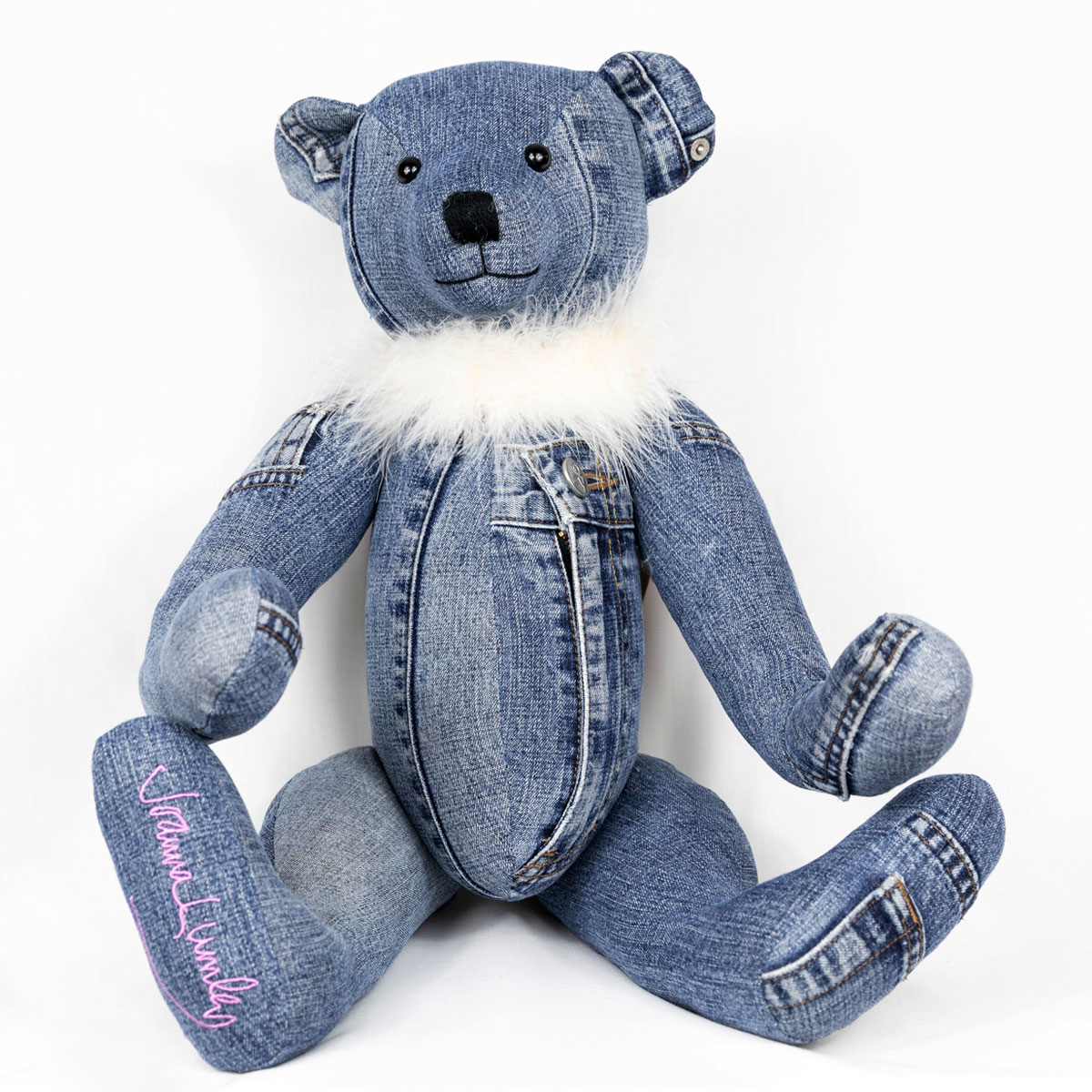 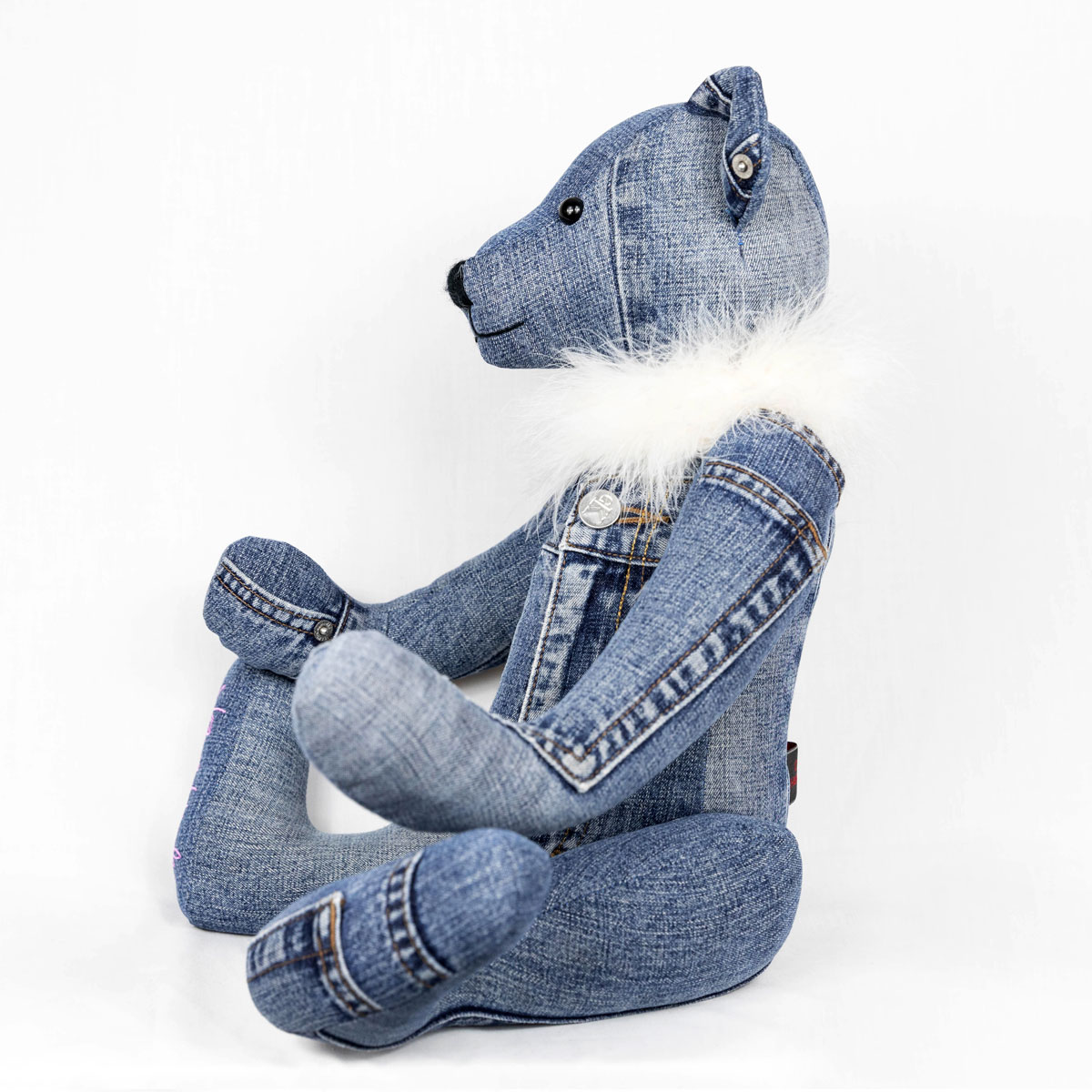 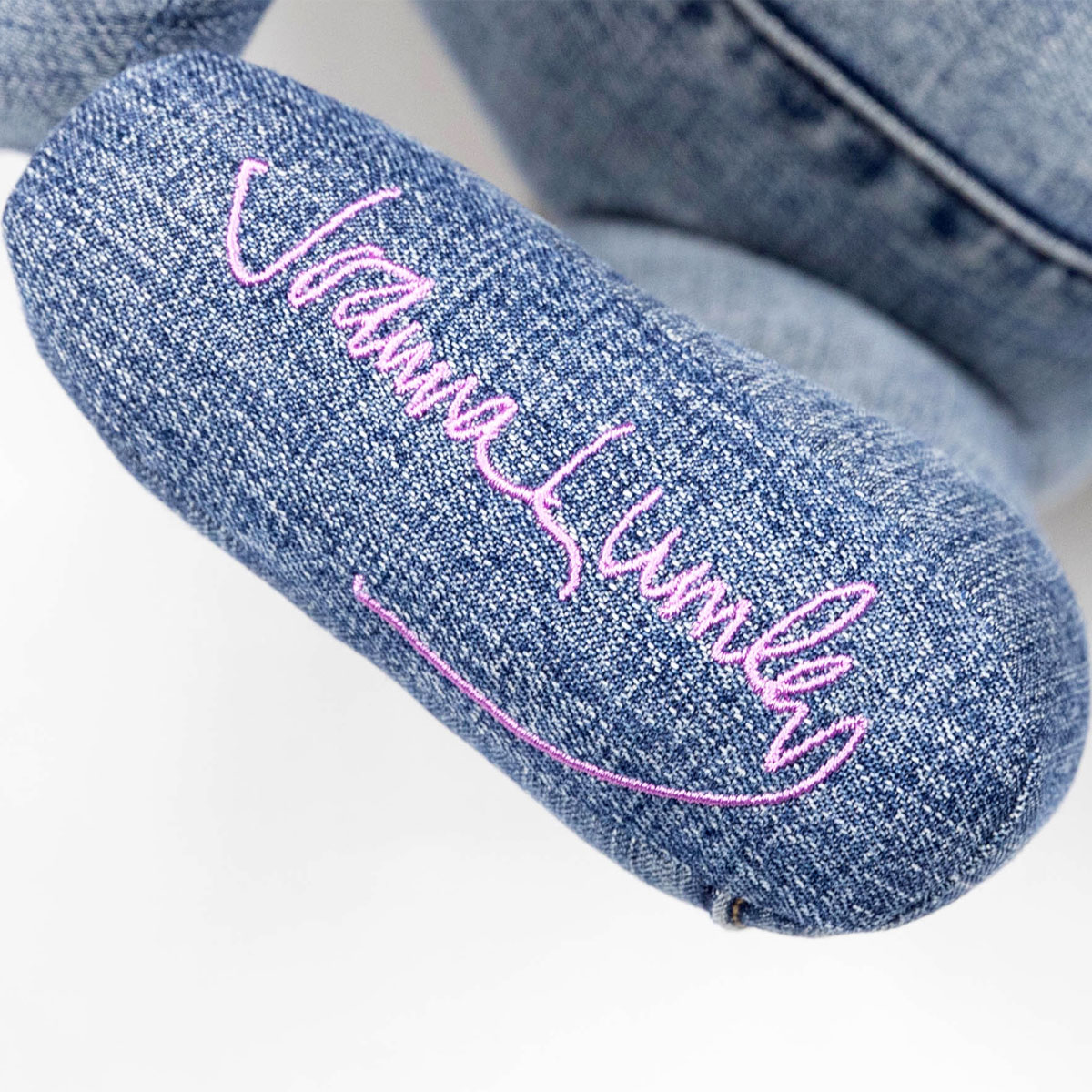