David Gray is an acclaimed British singer-songwriter whose soulful melodies helped define the sound of the early 21st century. Gray’s breakthrough album, White Ladder,was a slow burn success story, spread more my word of mouth and the joy people found in it, rather than massive marketing. Reaching number one in the UK in 2001, having originally been released in 1998, the album went on to become one of the best selling records all time, remaining in the UK top 100 for three consecutive years. Songs like Babylon, Sail Away and This Year’s Love were also big hits, featuring prominently on radio playlists and providing a soundtrack to many people’s lives.

The power of Gray’s music and distinctive voice helped re-establish the marketplace for intelligent, individually-defined singer-songwriters that have had such a huge impact on the industry in recent years. His twelfth studio album, Skellig, was released via Laugh a Minute Records / AWAL Recordings on February 19, 2021.

Handmade by Canterbury Bears from a pair of David’s personal jeans, embroidered with his signature. 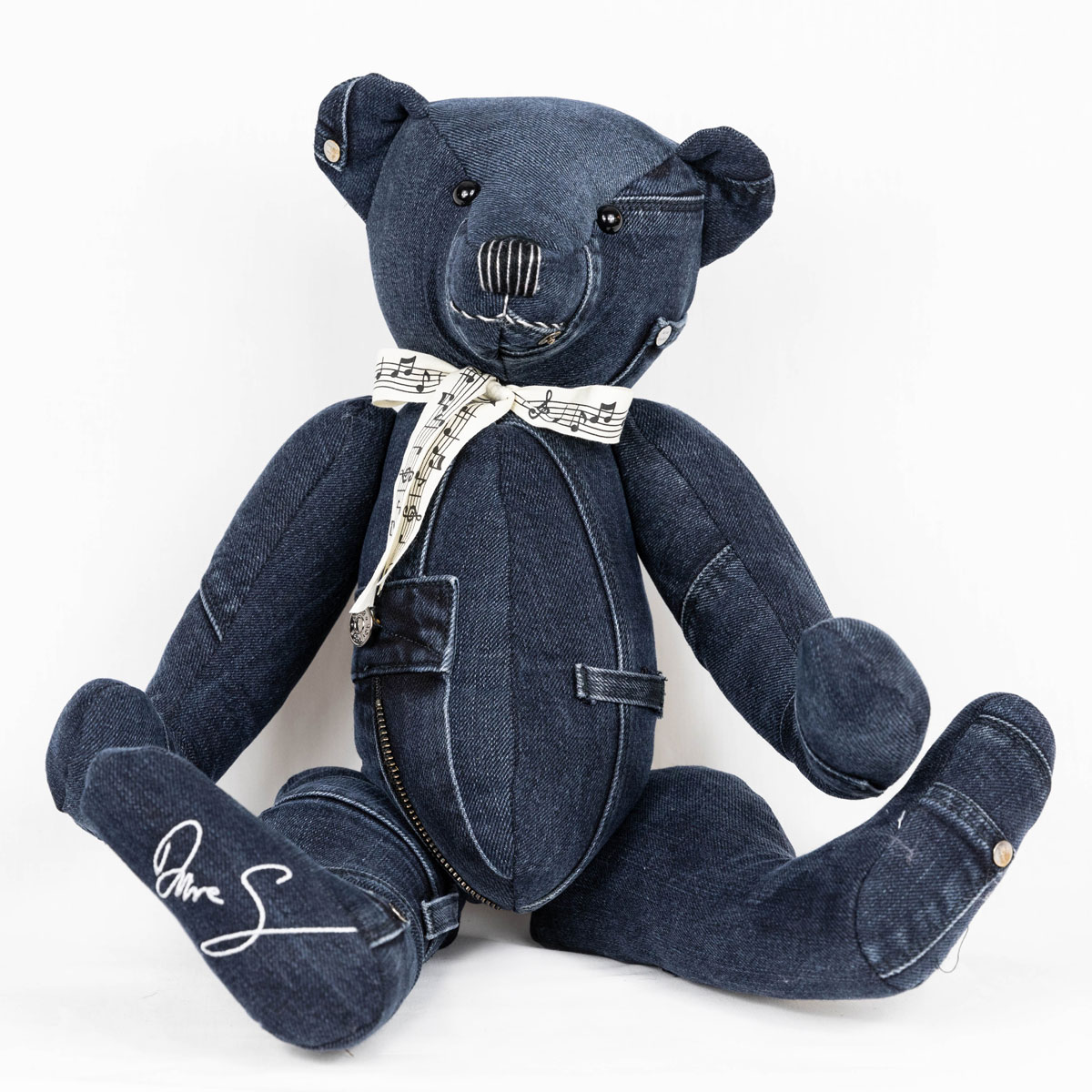 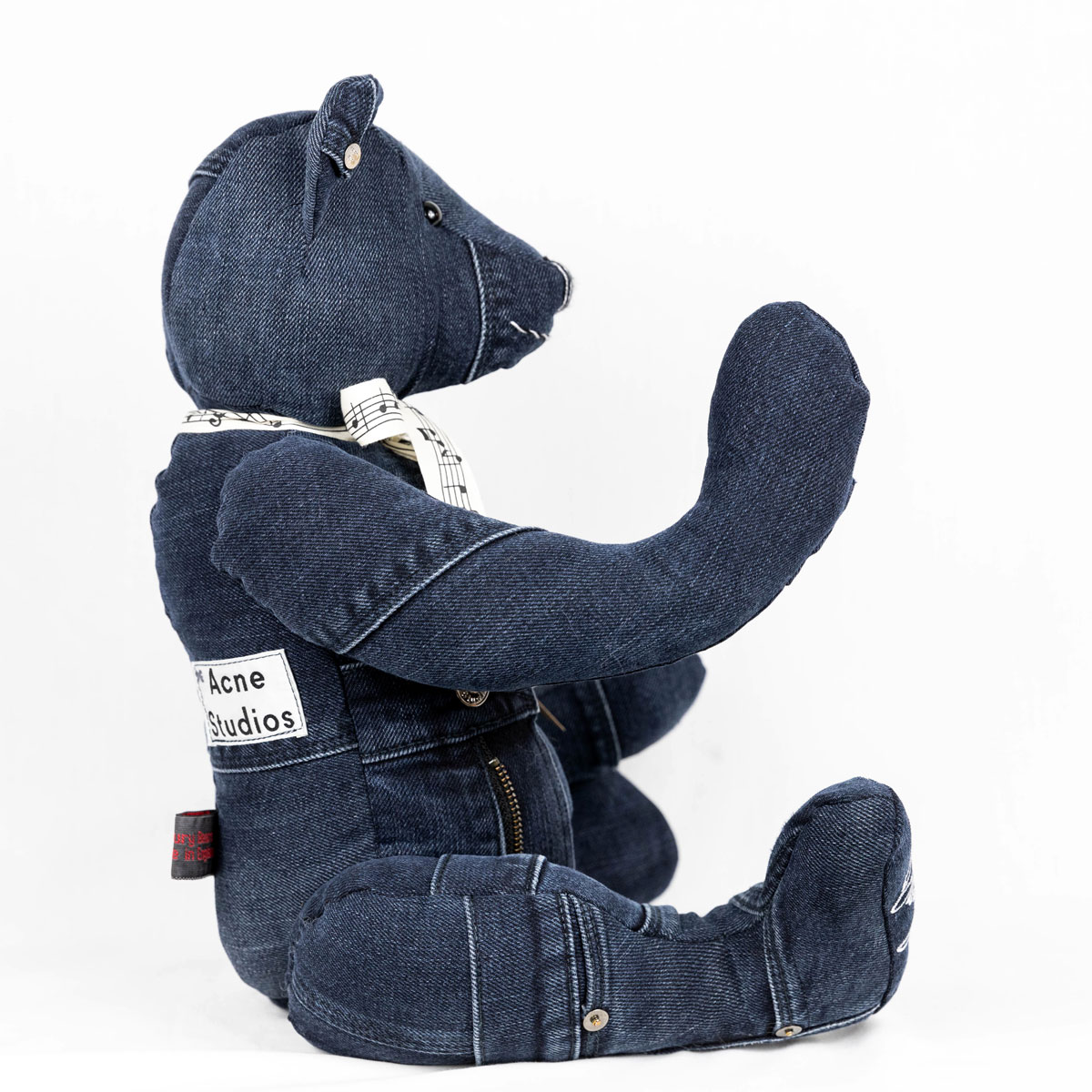 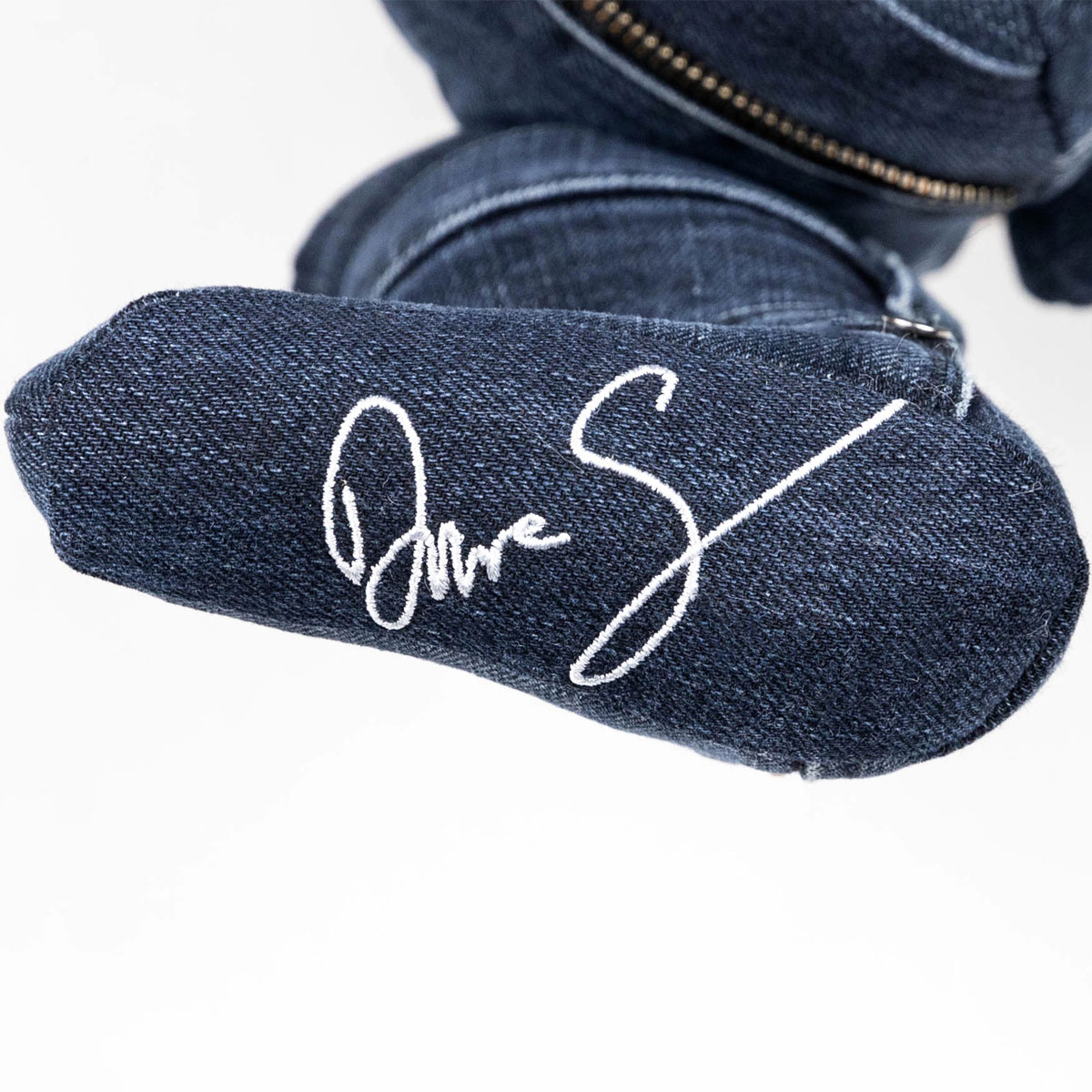