Brandon Flowers was the most popular frontman of the new wave revival, which swept through America and England during the early 2000s. As frontman of The Killers, he helped popularize a genre that hadn’t been fashionable for nearly two decades, drawing influence from a number of ’80s synth-pop bands – including New Order, Echo & the Bunnymen, and the Psychedelic Furs – while writing the songs that comprised his band’s multi-platinum debut, Hot Fuss.

Flowers also proved to be a super-sized media personality, gathering headlines for his clothing choices (which ran the gamut from neatly tailored suits to bizarrely feathered shoulder pads) and controversial, outspoken opinions on rival bands. Although the Killers retooled their sound with each album, the group rarely subscribed to convention – and Flowers, who launched a solo career in 2010, seemed happy to be the most unconventional of them all.

Handmade by Canterbury Bears from a pair of Brandon’s personal jeans, embroidered with his signature. 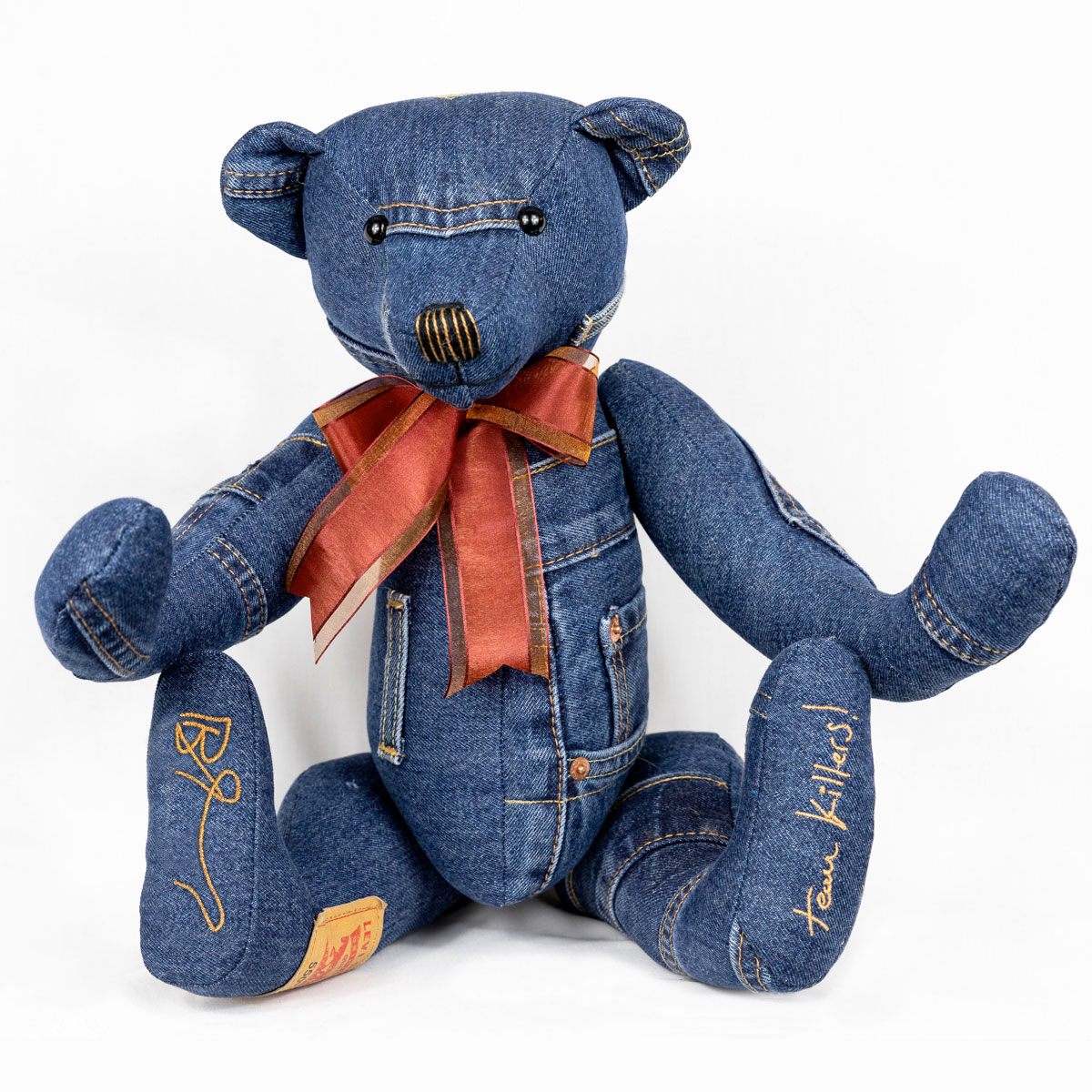 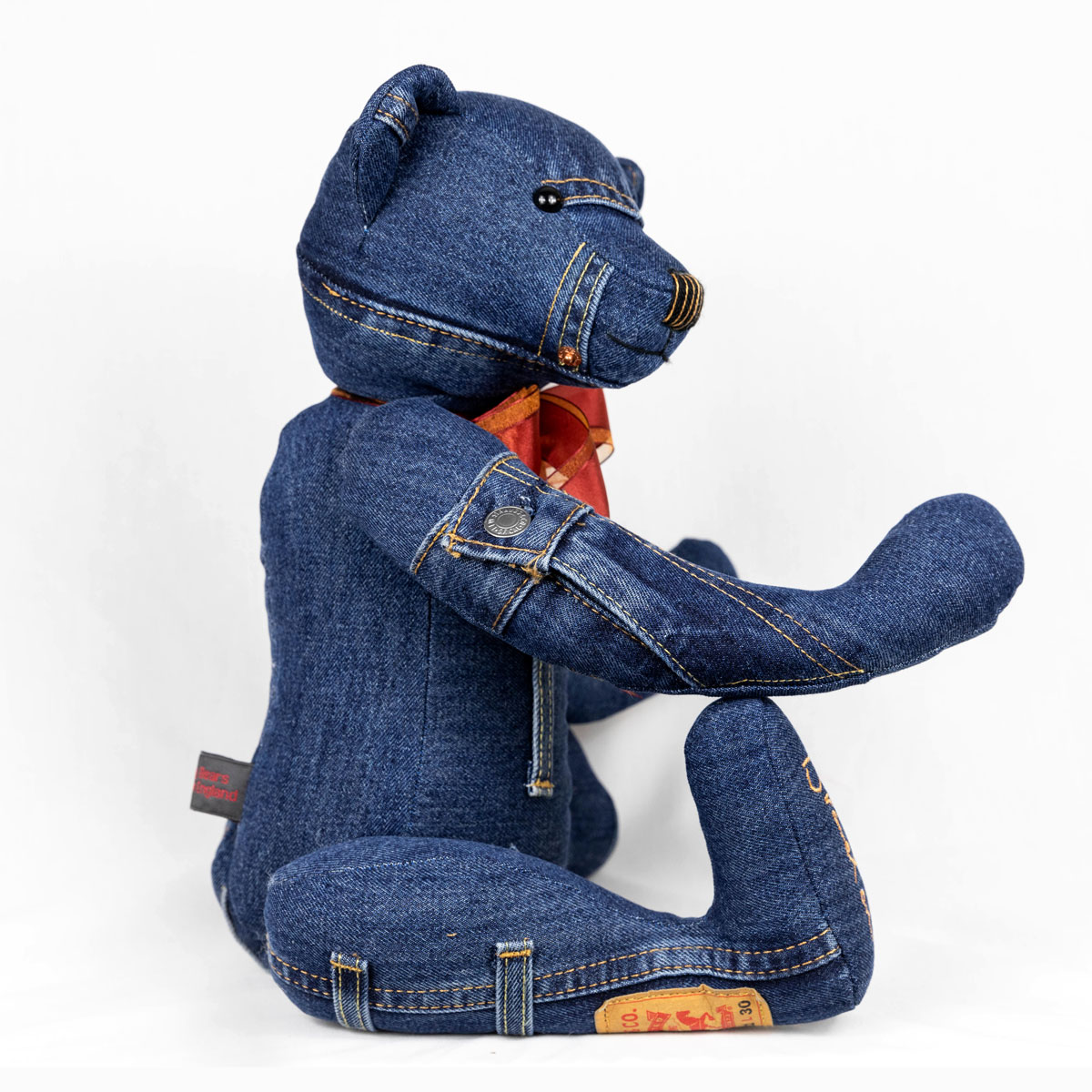 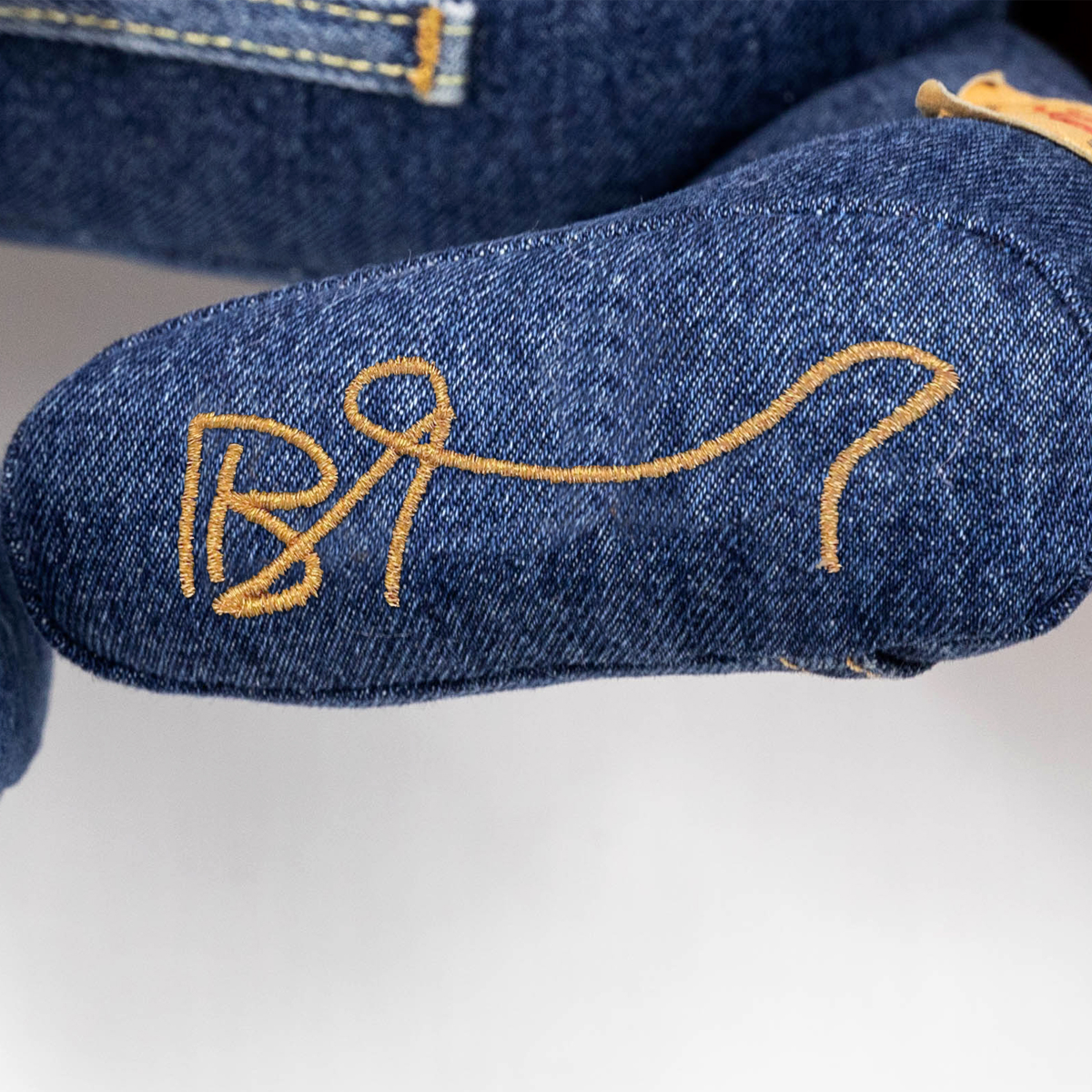