Boy George is universally recognised as one of the music scene’s most iconic artists and for the past 30 years has maintained a strong position at the forefront of this ever-changing, multi-faceted industry. Attracting high praise from a variety of publications that include RollingStone, Mixmag and MTV and having gained truly global recognition, the Grammy winning singer has created a worldwide presence that transcends age, race, colour, creed, nationality and even religion.

George remains the most colourful pop star in British history, he’s ever present and relevant in today’s world with sell out worldwide tours, a new album, numerous TV shows and a global audience who love the British National Treasure and Global Icon that is Boy George.

Handmade by Canterbury Bears from a pair of George’s personal jeans. The bear is embellished with inscriptions drawn by George onto the jeans and is embroidered with his signature. George said, “It’s always great when you can create something tangible and beautiful for an amazing cause. I hope whoever buys this bear falls madly in love with it.” 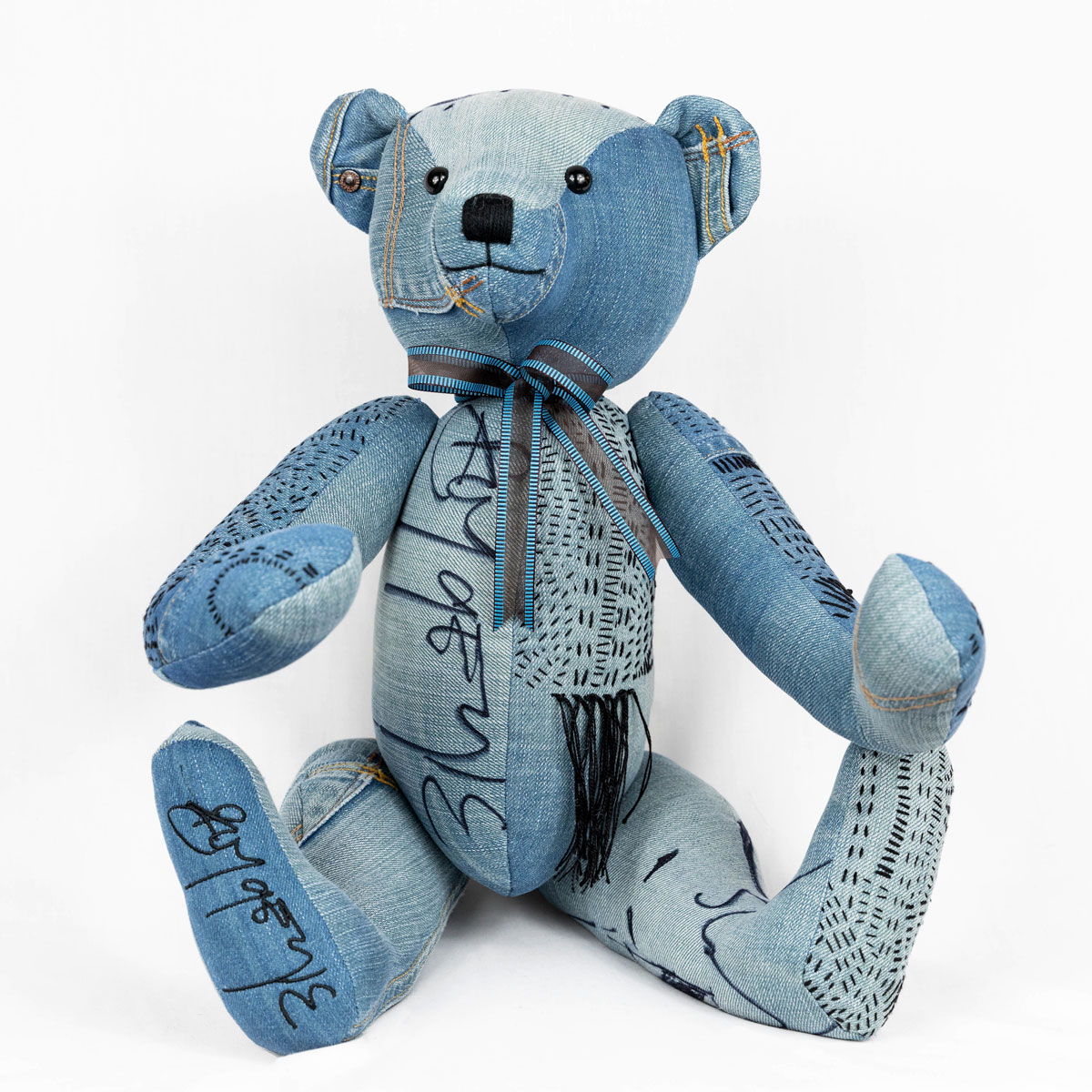 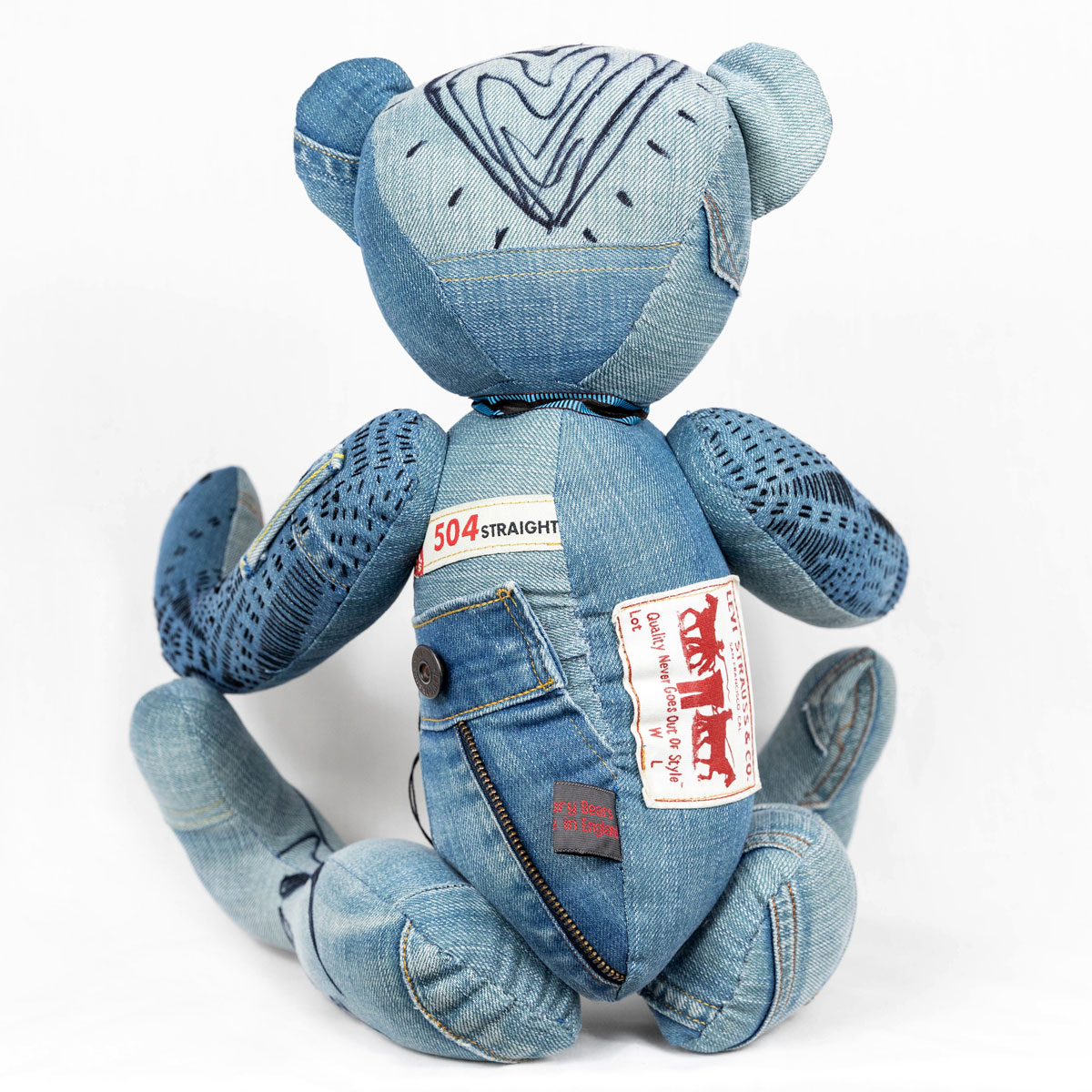 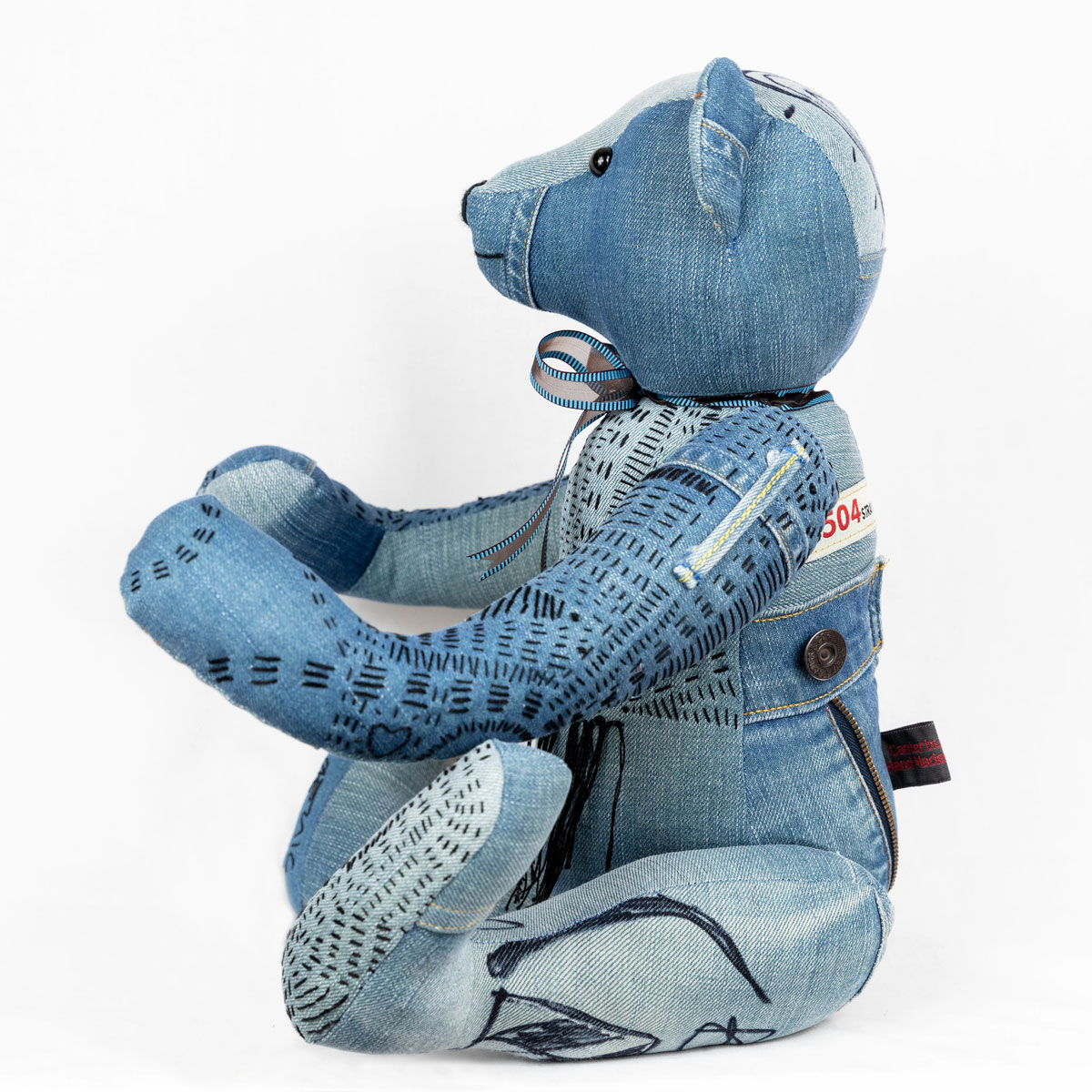 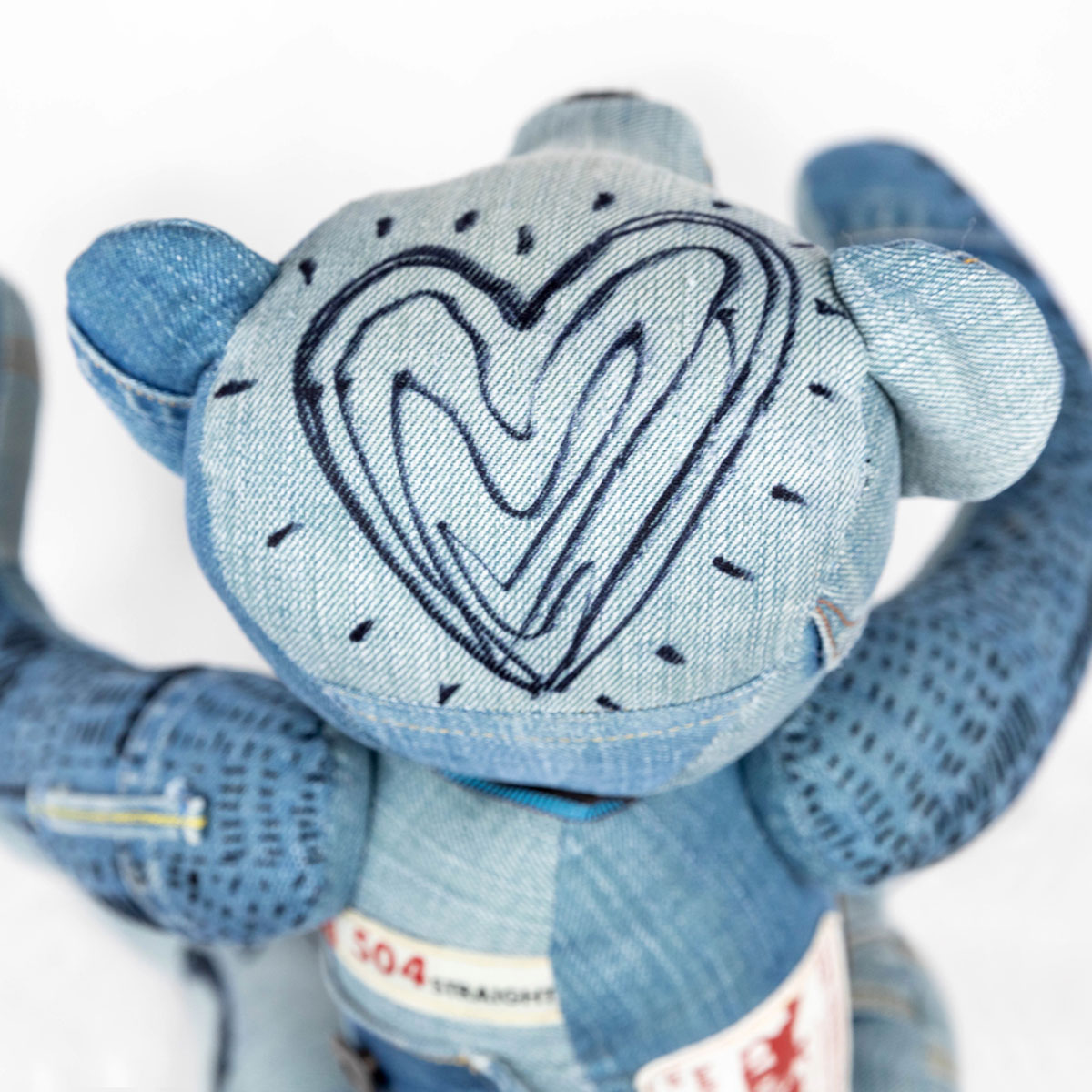 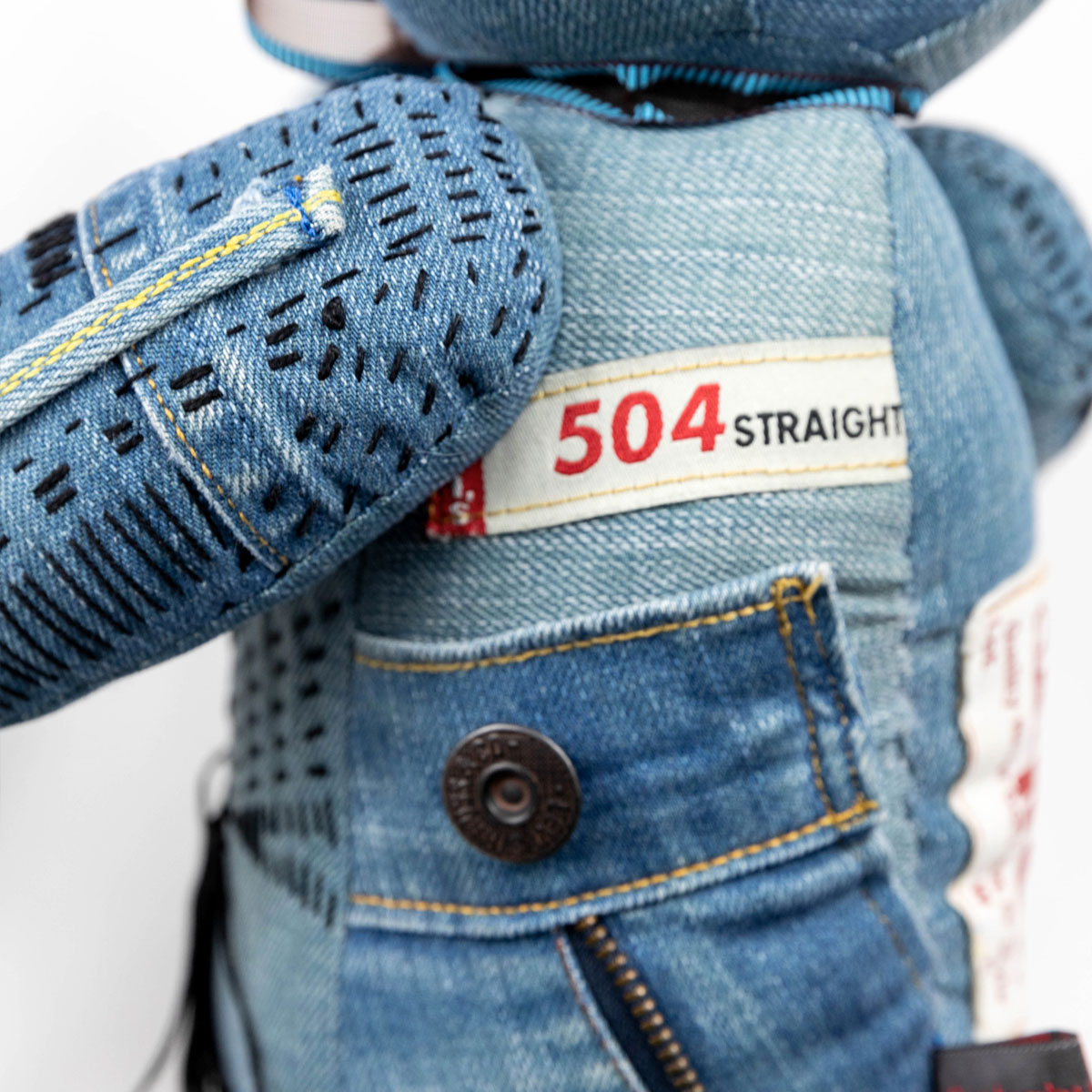 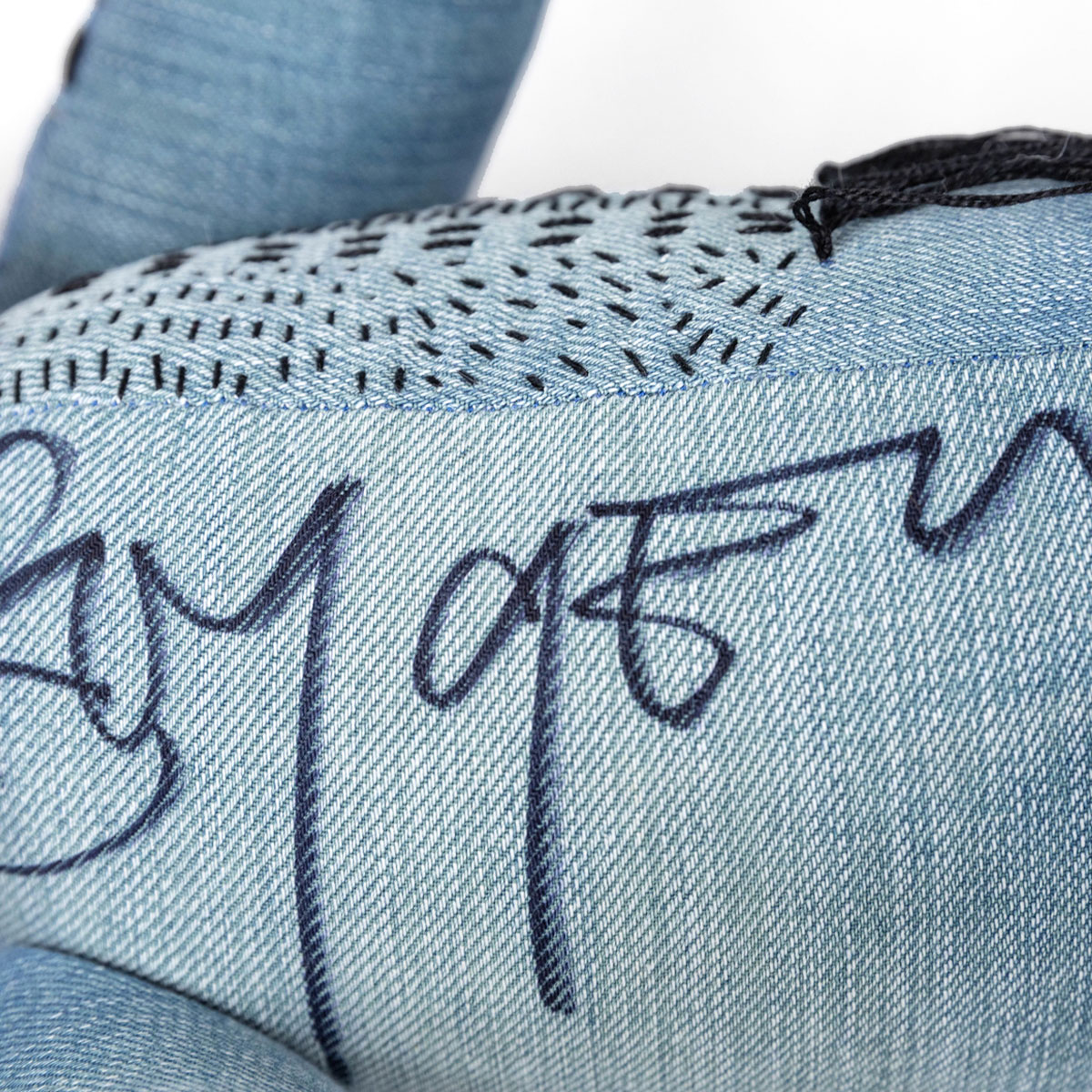