Born with an innate sense of style, Ben de Lisi has made his mark on the world of fashion and interiors. With a focus on beautiful fabrics and innovative design, Ben’s distinctive look is sexy, vibrant and modern – for home or the wardrobe.

Having launched his first menswear collaboration in New York in 1979, Ben moved to London in 1982 to pursue his dream of becoming a fashion designer. he went on to develop a signature style epitomised by modern elegance, with his beautiful long dresses becoming his trademark.

Over the years Ben has received a host of accolades for his work, including winning the highly coveted British Glamour Designer of the Year award twice in a row, in 1994 and 1995. The latter was also the year he began showcasing his collections at London Fashion Week. Further down the line, in 2007, Ben was awarded an honorary doctorate for his contribution to fashion by the University of Northamptonshire, before receiving a second honorary doctorate from the Robert Young University of Aberdeen.

Handmade by Canterbury Bears from a pair of David’s personal jeans, embroidered with his signature. 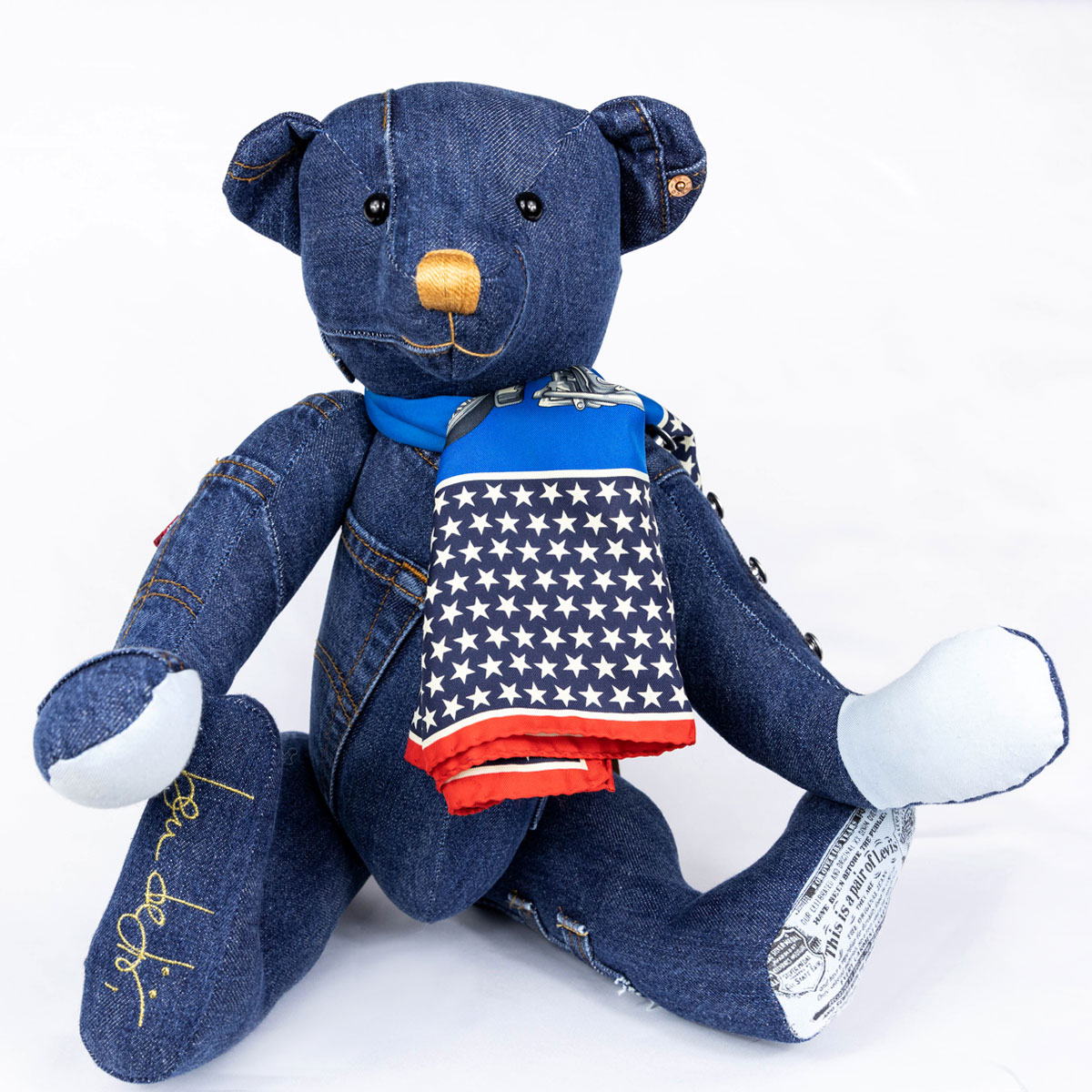 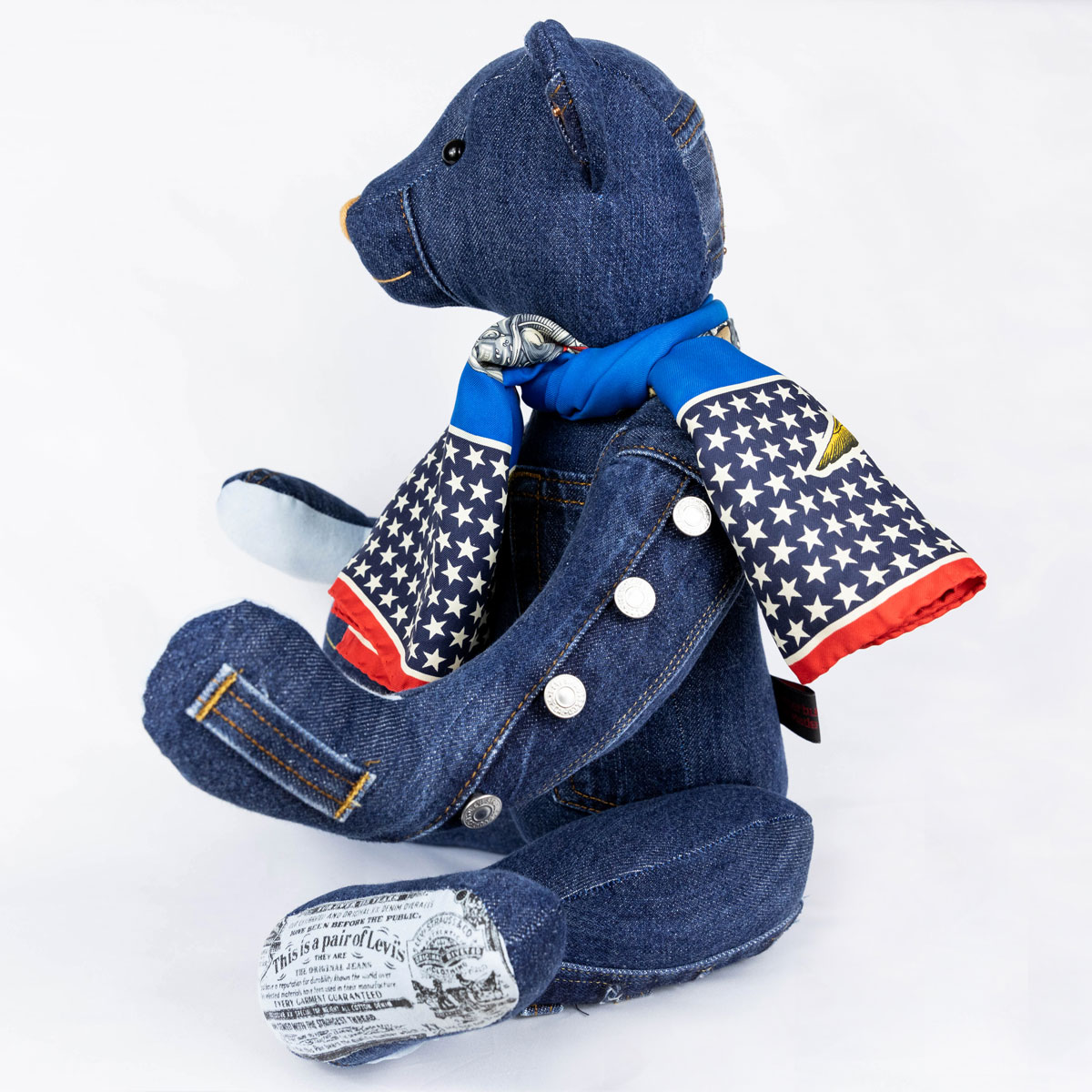 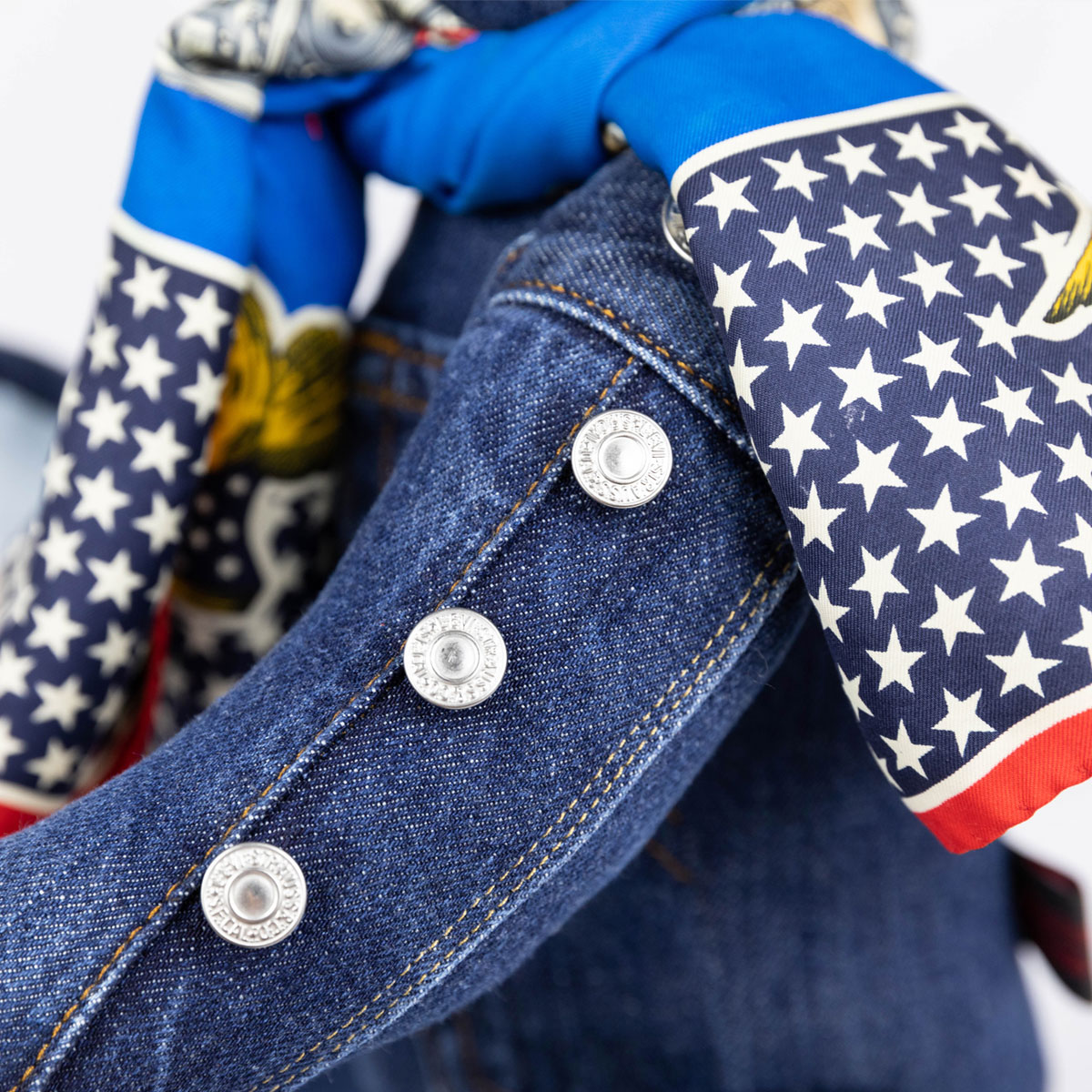 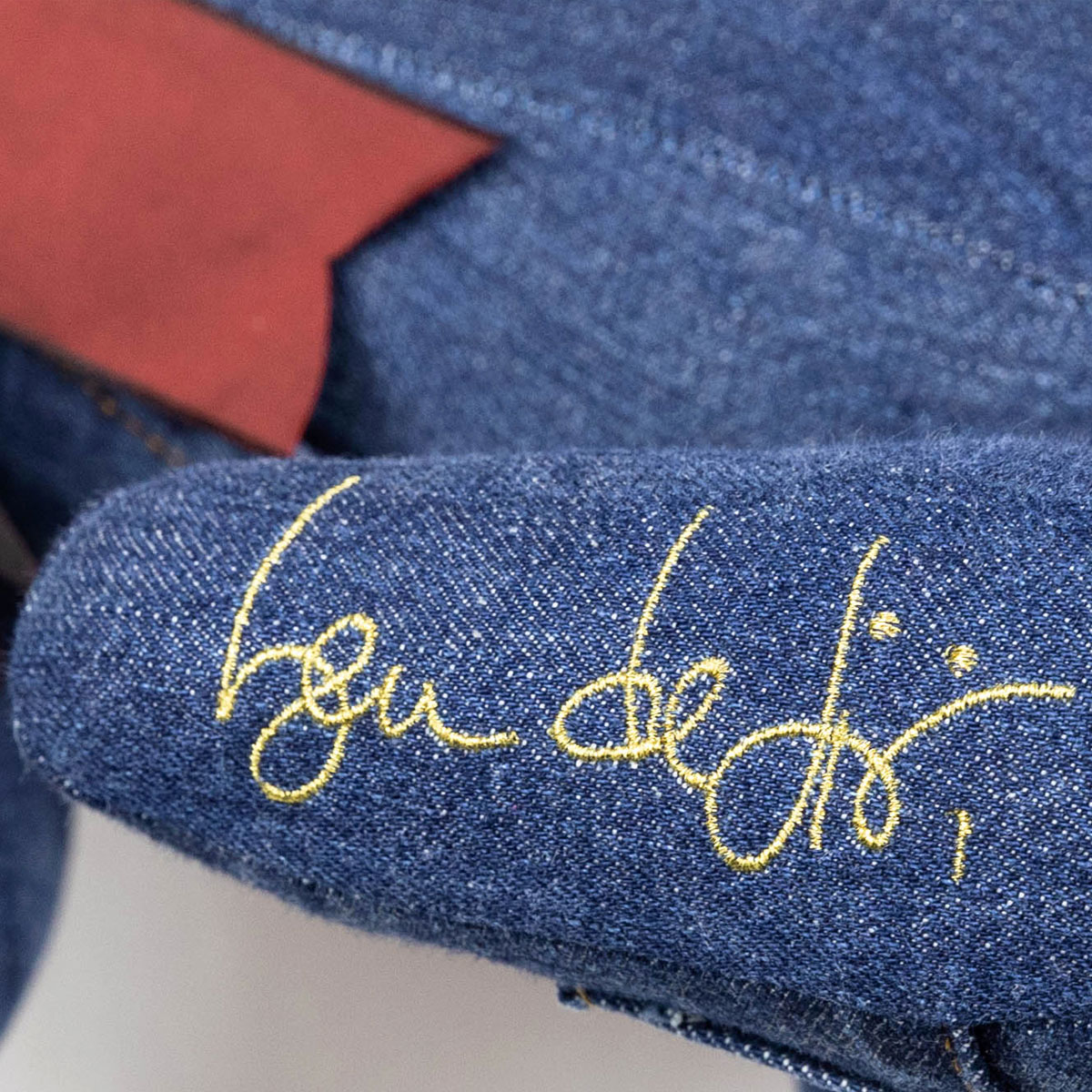