Jerry Dammers, born 22nd May 1955, is the founder, keyboard player and main songwriter of British ska, reggae and rock band The Specials/ SpecialAKA, and the founder of 2 Tone Records. The band had many era-defining “hits with a message”, including the Dammers-penned: “Too Much Too Young”- a warning against too early pregnancy; “Ghost Town” – a protest song against unemployment, rife in the Thatcher era; and “Free Nelson Mandela” – a worldwide anti-Apartheid anthem, where Dammers called for the release of the then imprisoned leader of South Africa. More recently Jerry has led his influential Spatial AKA Orchestra, performing his funky take on Afrocentric jazz and reggae. His bands have always had deliberately strong visual elements – in style of dress, stage performance and related graphic presentation – all heavily influenced by Dammers who, before forming The Specials, had studied Fine Art (specialising in painting and animation) at Lanchester Polytechnic in his then home town of Coventry.

Dr John, the New Orleans pianist and singer, and a longtime hero of mine, had recently died, so I was listening to his old albums and one of my all time favourite songs came to mind as appropriate to this subject .’Glowin’ from his 1969 album ‘Babylon’ found Dr. John in a philosophical/ spiritual /political mood with the message that there are plenty of bad people in the world, doing very bad things, and life can be difficult, but we have to ‘keep on keeping on’.” JD 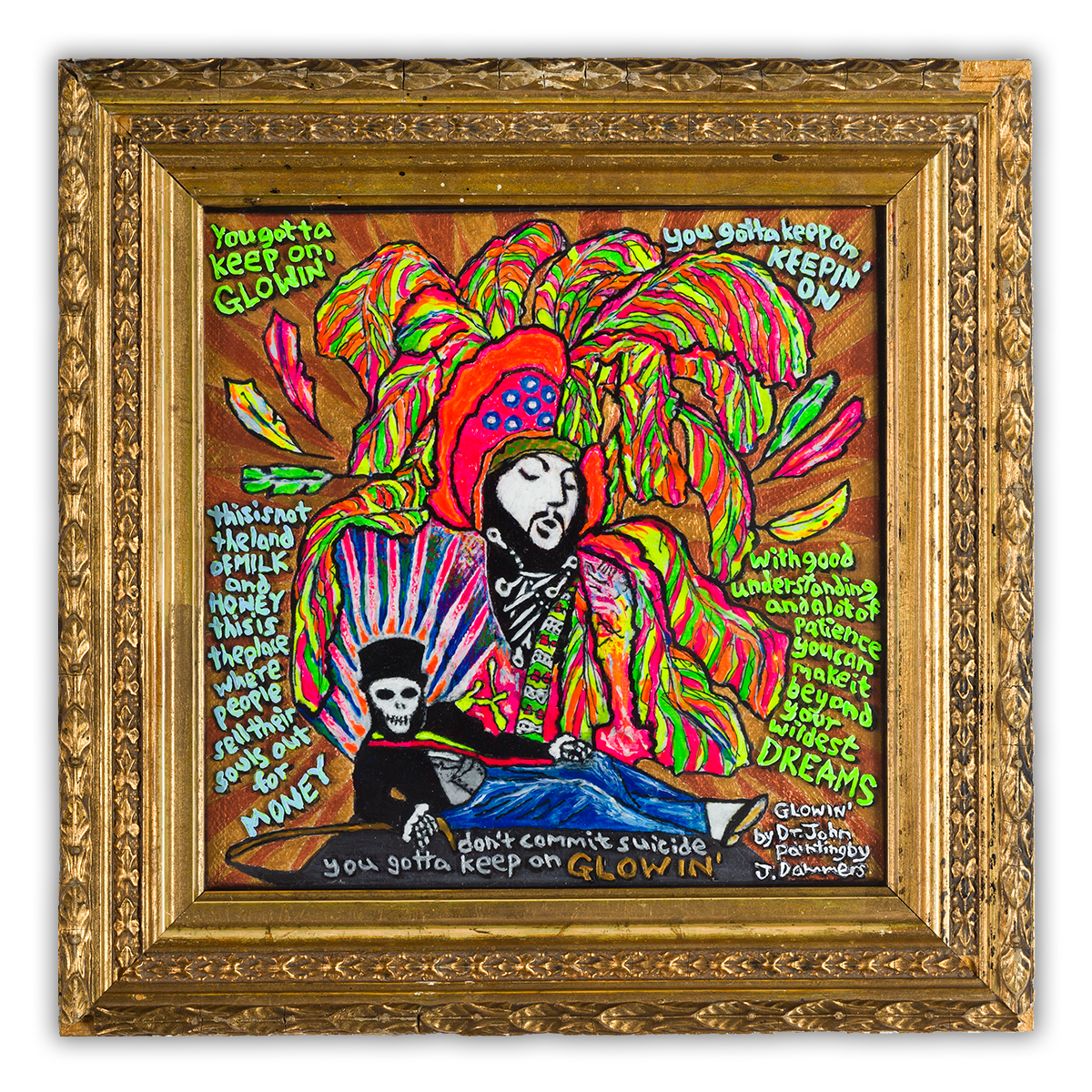